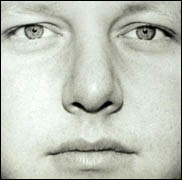 DUBLIN (CelebrityAccess MediaWire) — Former Pixies frontman Black Francis was led away from the scene of an impromptu street performance in Dublin last Saturday.

Black Francis, AKA Frank Black, had an audience of roughly 1,000 people for what he calls a "pre core" which he holds at random locations after a normally scheduled show.

The problem with this is that he doesn't appear to be getting licenses to conduct these public performances. Police arriving at the performance told Black to stop and when he didn't, they led him away from the scene, leading many observers to believe he had been arrested.

NME reports however, that he was merely warned and soon picked up where he had left off, a short way down the street. – CelebrityAccess Staff Writers