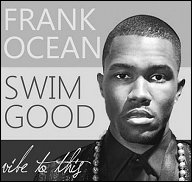 LONDON (VIP NEWS) — A little over a year after releasing his Nostalgia, Ultra mixtape, which included a creative cover of Coldplay's "Strawberry Swing," Frank Ocean will be galavanting around Europe with the U.K. arena rockers later this summer.

The R&B newcomer will join Coldplay (as well as fellow openers Marina & The Diamonds) on 10 dates beginning Aug. 28 in Copenhagen. Swedish pop veteran Robyn, Irish alt-rockers Ash and Roc Nation singer Rita Ora have also been announced as openers for Coldplay's European tour, which kicks off May 18.

The Coldplay shows represent some of the biggest venues that Ocean will yet inhabit as a solo artist: after making his live debut at the 843-capacity House of Blues in New Orleans, the crooner is set to perform at venues like Denmark's Parken Stadium, which has a capacity of over 38,000 seats. The Odd Future-affiliated singer is also primed to play Coachella on April 13 and 20.

Meanwhile, Coldplay confirmed that they will be headed to Australia this November, after kicking off their "Mylo Xyloto" world tour on April 17 in Edmonton. Artists like Metronomy, Wolf Gang and Emile Sande will accompany on the North American leg of the trek.

Here are the Frank Ocean-assisted dates on Coldplay's 2012 tour: