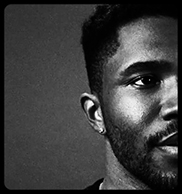 (Hypebot) – Always private and a bit mysterious, Frank Ocean promised his fans new music in July; and on the last day of the month, he launched a teaser that points to an Apple Music exclusive for the upcoming release.

A much anticipated release from Frank Ocean is being teased with some help from Apple. Hosted at http://boysdontcry.co/, a few images, one of which includes the Apple Music logo, and a sometime on live feed is only viewable on Apple's Safari browser or one of it's mobile devices.

Ocean provides no more details, but it all would point to an near-future release beginning with some kind of Apple exclusive.

Earlier this year, Ocean fans uncovered a hidden press release within CalvinKlein.com implying that Ocean was working on a novel and a magazine to go with Boys Don’t Cry. It reads:

"Frank Ocean is one of the most artistic and enigmatic musicians working today. Though it has been more than four years since he released his debut studio album, Channel Orange, interest in Ocean hasn’t waned. Instead, it’s increased.

He is known for being a perfectionist, and a pursuant of creativity in all forms. He resists pressure and follows his own vision. He has published a magazine and worked on a novel while continuing to perfect his highly anticipated second album."