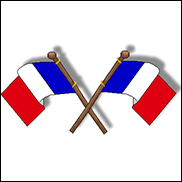 PARIS, France(Hypebot) – Today French indie music trade group UPFI joined their US, UK, and French counterparts in denouncing Apple Music's 3 month free trial which would pay no royalties. "Apple may cause a loss of income which may be considerable for all labels whose activity is based on the release of new products," they wrote in an open letter to Apple.

We take the liberty to write today to Apple for their leaders to express our deep dissatisfaction with the conditions of launch of their new streaming music service globally. The UPFI is a professional organization representing the majority of producers and distributors of independent phonograms. In France, the independent labels have initiated 80% of new products albums on our territory and account for over 30% of production sold regardless of its origin (37% in the digital domain).


We have always regarded Apple as an innovative brand in all areas, close to what the independent labels embodied in the discovery of new musical aesthetics. We believe that the arrival of Apple Music is such as to "boost" the music streaming market, while considering that there's room for several players.


Unfortunately, the speed with which Apple has announced the launch of this new service and the lack of consultation from the independent sector regarding contractual terms that are proposed or imposed on them, gives the feeling that Apple intends to impose its terms without the possibility of real negotiations prior. This attitude is clearly likely to have serious adverse consequences for our members in the short term.


The most damaging decision for music producers is that of imposing a total lack of compensation for labels for a period of 3 months, corresponding to a gratuity offered to customers of Apple Music.


By doing so, Apple may cause a loss of income which may be considerable for all labels whose activity is based on the release of new products, and even more so when their economic balance depends on the success of a title or an album during the free period. This attitude is all the more shocking as it is supporting the music production community financing the marketing launch of their service. Even Apple knows the recurrent difficulties of the music industry and that everyone knows the huge profits of Apple and its market value.


Apple can not require producers of music to assume the financing of the launch of this service, at the risk of aggravating the economic difficulties that many businesses go through.


Apple has for over 10 years a major partner for the music industry, but it is clear that trying to impose a contract of adhesion and unacceptable launch conditions for all independent labels, this one takes the risk undermining the spirit of cooperation which must prevail in our relations.


If, as they suggest, Apple has a deep respect for the music and the artists must review the conditions of launch of Apple Music and ensuring that independent labels are not forced to bear the financial cost.