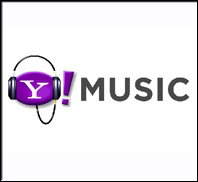 "…Amazon’s finally done what was clearly the right solution

in 1999. Music in the format that people actually want it in,

device. I bought tracks from Amazon…downloaded them, sync’d

them to my new iPod Nano, and had them playing in my home audio

system in less than five minutes. PRAISE JESUS. It only took 8

years…How much opportunity have we lost in those 8 years?…"

applications since 1992, dropped out of a Computer Science PhD

program to tour with Beastie Boys in 1995, and have been

purchased by both AOL and Yahoo! in the ten years since then,

with a stint running the new media department for a record

label in the middle. Currently I work at Yahoo! Entertainment

First, a question: How many of you have tried Amazon’s MP3

Back in 1999 I ran Winamp.com for Rob and Justin. Napster came

on the scene and we thought, “Wow! There’s a market for MP3s!”

We had millions of people using Winamp, visiting Winamp.com for

skins and plugins — it was by far the largest community of

MP3-lovers. We naively and enthusiastically suggested to labels

that we’d be a great place to sell MP3s. The response from the

Instead they commenced suing Napster. We were naive to be sure,

but we were genuinely surprised by the approach. Suing Napster

without offering an alternative just seemed like a denial of

fact. Napster didn’t invent the ability to do P2P, it was

inherent in TCP/IP. It was like throwing Newton in jail for

popularizing the concept of gravity.

called Gnutella which became the basis for true P2P of the

was for “sharing recipes” he really said it all: This is so

much bigger than just sharing music. This is physics. It’s

another. Trivial. Unstoppable. PUT YOUR ENERGY ELSEWHERE, we

Nullsoft’s Gnutella leak. In a long and impassioned email in

journalism (whatup, Jay!) and urged them to sell their content

to their users in the format they were asking for: MP3. Make it

easy, I wrote, and convenience will beat free.

Well, we (you included) did lots of other things instead. While

running “New Media” at Grand Royal I released the first

day/date digital/physical release with At The Drive-In’s

“Relationship of Command”. Thanks to EMI requirements (hi Ted!

hi Melissa!) it was DRM’d WMA and we sold about 12 copies in

the first month, probably all to journalists. Years later I

part participated in no end of control experiments: SDMI,

Liquid Audio, Pressplay, Coral, etc, and they continue to this

But now, eight years later, Amazon’s finally done what was

clearly the right solution in 1999. Music in the format that

people actually want it in, with a Web-based experience that’s

simple and works with any device. I bought tracks from Amazon

(Kevin Drew and No Age), downloaded them, sync’d them to my new

iPod Nano, and had them playing in my home audio system

(Control 4) in less than five minutes. PRAISE JESUS. It only

8 years. How much opportunity have we lost in those 8 years?

How much naivety and hubris did we have when we said, “if we

build it they will come”? What did we spend? And what did we

prerequisites to success on the Internet.

platforms which monetize the gigantic scale of the Web is the

only way to compete with the control you’ve lost, the only way

to reclaim value in the music industry. If your consultants are

telling you anything else, they are wrong.

Yahoo! is the world’s #1 Internet destination. Hundreds of

millions of people visit Yahoo! each month. Yahoo! Music is the

#1 Music site on the Web, with tens of millions of monthly

on Yahoo! Music every month. Between 5 and 10 million people

listen to radio on Yahoo! Music every month. But the ENTIRE

Yahoo!) is in the low millions (sorry, we don’t release

subscriber numbers, but the aggregate number proves the point),

even after years of marketing by all three companies. When you

compare the experiences on Yahoo! Music, the order of magnitude

difference in opportunity shouldn’t be a surprise: Want radio?

play, get video. Want a track on-demand? Oh have we got a deal

for you! If you’re on Windows XP or Vista, and you’re in North

America, just download this 20MB application, go through these

seven install screens, reboot your computer, go through these

five setup screens, these six credit card screens, give us $160

dollars and POW! Now you can hear that song you wanted to

hear…if you’re still with us. Yahoo! didn’t want to go through

all these steps. The licensing dictated it. It’s a slippery

slope from “a little control” to consumer unfriendliness and

But this isn’t news, nor is it particular to the digital age.

History tells us: convenience wins, hubris loses. “Who is going

to want a shitty quality LP when these 78s sound so good? Who

wants a hissy cassette when they have an awesome quadrophonic

system? Who wants digitized music on discs now that we have

Dolby on our cassettes? Who wants to listen to compressed audio

on their computers?” ANSWER: EVERYONE. Convenience wins, hubris

fall into this trap. If the licensing labels offer their

content to Yahoo! put more barriers in front of the users, I’m

not interested. Do what you feel you need to do for your

business, I’ll be polite, say thank you, and decline to sign. I

inconvenience. I will tell Yahoo! to give the money they were

going to give me to build awesome media applications to Yahoo!

Mail or Answers or some other deserving endeavor. I personally

money spent on pathetic attempts for control instead of

building consumer value. Life’s too short. I want to delight

consumers, not bum them out.

If, on the other hand, you’ve seen the light too, there’s a

very fun road ahead for us all. Lets get beyond talking about

how you get the music and into building context: reasons and

ways to experience the music. The opportunity is in the chasm

between the way we experience the content and the incredible

user-created context of the Web.

By way of illustration (and via exaggeration), in a manner of

speaking iTunes is a spreadsheet that plays music. It’s

context-free. You just paid $10 for that album — who plays

drums? I dunno, WHY DON’T YOU GO TO THE WEB TO FIND OUT,

BECAUSE THAT’S WHERE THE CONTEXT IS.

But the content experience on the Web is crap. Go to Aquarium

Save As… dialog or the SAME GOD DAMN QUICKTIME BAR FROM 1995.

OMFG. ARE YOU KIDDING ME? THIS IS ALL WE’VE ACCOMPLISHED IN 15

YEARS ON THE WEB? It makes me insane.

So we have media consumption experiences with no context

contextual experience where media consumption is a pain in the

ass, illegal, or non-existent (the Web). FIX IT. Your fans are

and what tools have you given them to work with? Not much,

This is what I’m vowing to devote my energy, and Yahoo!’s

Lets envision the end state and drive there as quickly as

possible. Lets not waste another eight years on what is obvious

today. Lets build the tools of a healthy media Web and reward

music-lovers for being a part of it.

In the end you get what you pay for. I won’t spend another dime

music harder for music-lovers. I will put all of my energy into

making it easier and making the experience better. I suggest

you do the same.