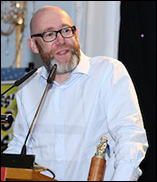 Meall represents acts such as Muse, Paramore and Foals and headed up the agency`s UK office. His departure was announced internally today, according to an industry source, and he will part ways with the company at the end of the year.

Meall joined Neil Warnock`s The Agency Group in 1992, which was acquired by US-based UTA (United Talent Agency) in 2015. His destination has not yet been confirmed.

He becomes the second high-profile agent to exit the UTA`s UK business in little over a year following the departure of Natasha Bent, who joined Coda in 2016.

Live Nation executive David Zedeck joined as global head of UTA Music, partner and special advisor to the board of directors in July and UTA announced it was closing its Toronto office in August. The company also promoted co-MDs David Kramer and Jay Sures to co-presidents in September.