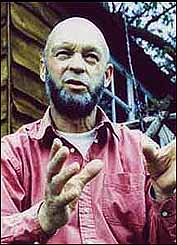 An agreement has been reached between Glastonbury organizer Michael Eavis and the Mean Fiddler Group, paving the way for this year's festival to take place, according to NME.com.

It had been announced last week that Mean Fiddler were taking a 20% stake in Glastonbury in exchange for their expertise in helping the event run smoothly. However, a leader column in The Times, which focused on Glastonbury's spiritual and hedonistic history, forced Eavis into a radical rethink and ultimately about-turn.

Mendip District Council, responsible for issuing a license to allow the festival to go ahead, indicated that had Mean Fiddler not being brought in to help with crowd safety, they might have revoked the license. A day of frantic talks between all parties involved put the deal back on track.

The deal will see Mean Fiddler's stake in Glastonbury rise to 40% after two years.