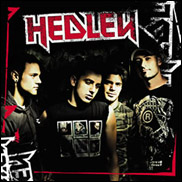 The Canadian band nabbed four top awards at the ceremony, including Best Video for their single "For The Nights I Can't Remember" and Best Rock Video for "She's So Sorry."

Rihanna also had a big night, earning an award for Best International Video (Artist) for "Don't Stop The Music," and Umbrella was named the Most-Watched Video on the music TV network's website MuchMusic.com

Elsewhere, Avril Lavigne won the Best Canadian Artist gong, while Simple Plan took home the award for Best Canadian Group, both of which were voted for by MuchMusic fans.