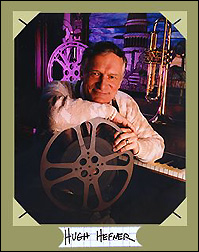 Hugh Hefner will get roasted at the New York Friars Club's annual Celebrity Roast Sept. 29 to be held at the New York Hilton Hotel. It will be taped by Comedy Central for a one-hour edited version to air Nov. 4.