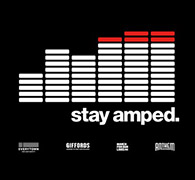 WASHINGTON D.C. (CelebrityAccess) I.M.P. And The Anthem in Washington, D.C., announced March 12 the special benefit concert “Stay Amped” to support the March for Our Lives movement.

The March 23 performance will feature Fall Out Boy who will be joined by G-Eazy, BeBe Rexha and Lizzo, among others. Fall Out Boy is curating the lineup and is “working with additional superstar guests” according to the announcement. The concert is scheduled for the evening before the March For Our Lives event to be held in Washington to demand lawmakers act to end guin violence in all its forms.

I.M.P.’s Donna Westmoreland is credited with inspiring the concert. Westmoreland, upon hearing of the tragic events at Marjory Stoneman Douglas High School in Florida, teamed with music exec Liana Huth.

“We both have sons in high school, so our reaction was visceral,” Westmoreland said in a statement. “Like so many, we were inspired by the insight and activism of the students. As soon as we heard about the March For Our Lives, we had our plan. We reached out to Everytown for Gun Safety and Giffords, who are partnering to support the MFOL student organizers, and they embraced the idea of a ‘Stay Amped’ benefit concert almost immediately. Crush Management and Fall Out Boy were all in, right away.”

Alumni from the high school are expected to be in attendance.

Tickets go on sale at 10 AM Wednesday, March 14. Tickets are available through ticketfly.com and at The Anthem, 9:30 Club, Merriweather Post Pavilion and Lincoln Theatre during regular box office hours.