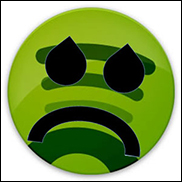 (Hypebot) Although Spotify was able to get its foot in the door early, the presence of companies like Apple Music, Amazon Prime, and others means that the historically un-profitable streaming service either needs to find away to differentiate itself from the competition or risk crashing and burning.

Before Apple Music was ever announced, it had already sparked controversy. Word on the street was that Apple wasn’t just trying to create a killer product — it was going for Spotify’s jugular.

Reports spread quickly of Apple working hard behind the scenes to convince record industry executives to kill the freemium model upon which Spotify has essentially built its audience.

While these attempts apparently led nowhere, the truth is that, even without Apple’s help, Spotify’s freemium service is financially unsustainable. The company’s been operating at a loss since the beginning. And although Apple — along with its true streaming competitors, Google and Amazon — might have a lot of work to do, it has the resources and the money to do it.


Apple may not have destroyed Spotify yet, but by creating a competing streaming music service that can survive while operating at a loss, it’s given Spotify just enough rope to hang itself.


I loved its free tier when it first began, and still love it, even with Apple Music and Amazon Prime now being major competitors. There’s no question that streaming is the future of music, and also that, if anything, Apple has been too slow to adopt it. This time it was late to the party.


But, here’s the thing: I loved Rdio, too. And Rhapsody, and even Napster before that. They’re all still around, but one would be hard-pressed to call them major players. In this race, it’s not about being first or even having a great interface; it’s about differentiation and consumer allegiance.


The problem is that Spotify’s major differentiator is also its most problematic: its free tier. If that disappears, what else is left?


Spotify isn’t a “friend” to artists, like TIDAL, or even Apple, nor is it aspiring to be. In fact, Spotify has (fairly or not) been the focus of a lot of hate from artists — and I’m not just referring to Taylor Swift. It does have personalized playlists, but so does everyone else. And while its new running feature is neat, there’s no reason Apple and others couldn’t follow suit.


To remain a relevant part of the conversation, Spotify either needs the coffers of a large conglomerate or a stellar new feature to replace its free tier. The brand’s future will largely be determined by what Apple chooses to do next, and that’s an unenviable position to be in.


When it came to its free tier, Spotify’s main selling points to record companies included promises to cut down on piracy, pay labels some money instead of none, and allow music to be paid for once again through Spotify’s freemium model gateway.


Those are compelling arguments, and they’ve worked — to some extent. But with Apple now streaming music, will Spotify’s free tier be as compelling as it once was?


When it comes time to renegotiate (which happens in October), labels may not be as willing to give their music away as they were before. Spotify’s future can’t rely on its free tier; it will depend on its ability to differentiate itself in other ways — and in Apple’s potential fumbling of the streaming music ball.


Of course, Apple might drop a music-streaming bomb and develop something never before seen in that space, as it so often did back when Steve Jobs was at the helm. In that case, Spotify will have few options left to stand out among the crowd.


Another survival tactic for it would be taking a cue from Amazon Prime. Right now, Spotify is a one-trick pony, providing only streaming music (and if they lose there, then what?). The brand has increased podcast and video offerings, but those are still buried within its music product.


If it could break into other media markets (e.g., Amazon’s on-demand video), users might be more likely to choose Spotify over iTunes or Google Play.


As it stands now, though, if Spotify disappeared overnight, no one would miss it all that much. But that could change. For the sake of healthy market competition and consumer choice, I hope it does.


A highly sought-after consultant, super connector, trusted adviser, celebrity wrangler, and thought leader, Kelli Richards is the CEO of The All Access Group. She facilitates strategic business opportunities in digital distribution among innovative technology companies, talent and media companies, and brands to foster new revenue streams and deliver compelling consumer experiences. As a trusted adviser, she transforms the quality of people’s lives. Kelli is also the author of a bestselling e-book, “The Magic and Moxie of Apple: An Insider’s View."