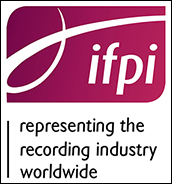 (Hypebot) –
A recent review by the International Federation of the Phonographic Industry has given further support that the music business is bouncing back, show its first double-digit uptick in twenty years, something for which we have streaming to thank.

The annual IFPI revue of the music business confirms what all the other studies have shown – that music is truly on the comeback trail. After years of doom and gloom, the industry has seen its first double-digit rise in revenues in nearly 20 years, all thanks to streaming. The skeptics said it would never happen, but the numbers don’t lie, as a billion dollar increase in income shows that the format replacement cycle has finally has finally taken hold.

The IFPI found that there were 112 million paying streaming subscribers, which is a little higher than most other studies have found. The predictions were that once the industry got to 100 million subscribers then the pain from the death of the CD would be lifted, and the prediction proved to be true. The fact of the matter is that this 112 million figure should be just the tip of the iceberg, as there’s still plenty of room for improvement.

One of the things that industry analyst Mark Mulligan cited was the growth of streaming in South America. When the CD was king, most of the consumer’s money went into purchasing a player, then the user bought mostly inexpensive bootlegs CDs, which meant no money returning to the artist, label, songwriter and publisher. Streaming changes the whole equation though, since most people already own a smartphone, so subscribing to a free or paid tier is more affordable. The same is happening in other parts of the world as well. Chalk that up as a win for increased revenue and royalties. It also shows why that 112 million figure is just a drop in the bucket.

Just to put this all in perspective though, streaming numbers will have to increase in a big way, as the CD revenue is about to collapse in the both Germany and Japan. Of course, it’s still a big business in the U.S. at a little less than a billion dollars a year, but expect that number to fall off a cliff soon too, maybe even in 2017.

There are still a lot of inequities when it comes to streaming royalties, beginning with the way they’re currently calculated by the streaming services like Spotify and Apple Music to the minimal payments from YouTube, but strides are being made in both areas that can change the dynamic soon. Word is that 2017 has started off a little flat on the revenue side of things, but barring some unforeseen catastrophe, 2017 will end up being another good year for both streaming and the music industry.