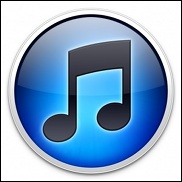 CUPERTINO, CA (Hypebot) — Like anyone, we enjoy a good trend. We think we’ve spotted the beginnings of one: apps that let fans subscribe directly to artists and labels.


Yes, artist apps have been around for ages — in fact, they were among the first apps in the world. This is something different: a subscription to one particular artist, with actual money changing hands (see also: distro.fm).


I’ve argued that apps like this, by adding artist radio and other bells and whistles, could become a goldmine, with advertisers footing the bill — but of course it also works if fans care enough to pay for these subscriptions themselves.


Here are the first artist and label subscription apps we’ve seen, in alphabetical order (please let us know if we missed any). Interestingly, all of these are only available for the Apple iPad:


The legendary jazz label, Blue Note, picked through its catalog to find all sorts of popular and lesser-heard gems from a wide range of artist, and packed the app with all sorts of supporting material to help you learn about what you’re listening to. It’s an ambitious effort — and fans can use it for free, if they don’t mind being limited to 30-second samples of the audio tracks. A subscription fee of $2 per month unlocks full-track playback (with no minimum number of months required).


Crosby, Stills, and Nash say they made history by releasing “the first subscription-based recording artist iPad app approved for sale in the Apple app store.” We believe them, and we’ve been paying attention. For $4 a month, CSN superfans with iPads can join “the couch club,” which brings a dynamic stream of exclusive content — everything from unreleased videos to discounts on band merchandise. Go, old guys! (The same goes for your old pal Neil, a.k.a. “sometimes Y.”)


The former Police man and friend to adult contemporary radio stations everywhere, Sting, offers a free artist subscription app for iPad featuring exclusive footage from his massive birthday party, as well as from the rest of his 25-year solo career. Rare photos, journal entries, interviews and more can be enjoyed on two screens, using Apple AirPlay, so you watch the performances on your television while exploring additional material on your iPad. This subscription is free, due to a “generous” sponsorship by Chevrolet and “access” provided by American Express. -By Eliot Van Buskirk of Evolver.fm.