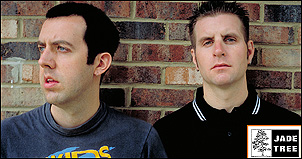 Independent record label Jade Tree Records is making a stand against Clear Channel Entertainment's business practices. It has moved its 2002 CMJ label showcase to the Warsaw in Brooklyn, NY from Irving Plaza in Manhattan, after learning that the venue has ties to Clear Channel.

"Clear Channel is against everything that Jade Tree believes in — the value of independence,
integrity and honesty," stated Jade Tree co-owner Darren Walters on the label's Web site post. "Jade Tree's ethical business stance simply isn’t in line with Clear Channel’s. Clear Channel’s unfair competitive tactics and
strategies, along with its monolithic approach to standardizing whatever media it becomes involved
with-from concert venues to radio-are among some of the most unfair and marginally legal
practices in the business today."

In its post, Jade Tree noted it "strives to keep its CMJ showcase an all-ages and fair-priced ticket show and doesn’t desire to become involved with the media giant when and where
it can be helped. We can’t support high-ticket prices or restrictions of any kind
that effect our fan base. That’s simply shooting ourselves in the foot. Clear Channel stifles fair
competition in whatever medium it becomes involved with and in the spirit of the punk rock Jade
Tree says ‘Hell no, we don’t want to be a part of that.’"