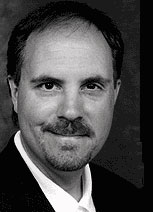 Word on the street has Jay Marciano making a quick return to the touring industry as COO of AEG Live just weeks after departing from House of Blues. Calls to AEG on both coasts brought about responses that AEG was not aware of the hiring, but promoters at other companies confirmed the appointment. It appears that the final contract still has to be fine-tuned for AEG to make a formal announcement.

When Marciano, who was at HoB for 18 years, suddenly left, he told CelebrityAccess that he would return shortly to the touring industry, possibly at the expanding AEG, which had just opened an East Coast office.

The Rocky Mountain News, which claims that Marciano was "ousted" by HoB, also reports that some Denver concerts, which Marciano booked while at HoB, are now being promoted by AEG. These shows are Jimmy Buffett at the Pepsi Center on April 24 and a summer Metallica/Limp Bizkit stadium concert.