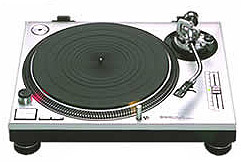 Rap/hip-hop music jumped to the second most-preferred genre of music, followed closely by urban/R&B music, according to the Recording Industry Association of Americas 2002 Consumer Profile, an annual demographic survey of more than 3,000 music consumers in the United States. This annual research project, conducted by Peter D. Hart Research Associates, is designed to contribute important demographic information about purchasers of sound recordings in the United States, as well as provide a profile of consumer buying patterns over the past decade.

"Music continues to appeal broadly to people of all ages and demographics. There is a tremendous diversity of music available to fill these needs and recent developments online make the choices for music fans even more exciting," said Hilary Rosen, chairman and CEO of the RIAA.

A comparison of the distribution of purchases by age for 2001 and 2002 shows a slight increase in the proportion of units purchased by teens and a larger increase in the share purchased by buyers over age 45 in the past year compared with purchasing patterns of other age groups.

Format CDs remained the format of choice among consumers, totaling 90.5 percent of all music purchases, up slightly from 89.2 percent in 2001.

Continuing its decline in popularity, full-length cassettes dropped from 3.4 percent of the all music purchases in 2001 to 2.4 percent in 2002.

Earlier this year, the RIAA released its annual year-end shipments statistics, which showed the sound recording domestic market in 2002 valued at $12.6 billion.

How This Report Was Compiled The Annual Consumer Profile is compiled by Peter D. Hart Research Associates from a monthly national telephone survey (Hart surveyed more than 3,000 music buyers in 2002). Data from the monthly survey, tabulated annually and semi-annually, is weighted by age and gender, and then projected to reflect the U.S. population age 10 and over. The reliability of the data is +/- 1.8 percent at a 95 percent confidence level. The consumer profile is based upon the distribution of units purchased by the consumers interviewed in this survey. This data is separate and apart from the RIAA's annual and semi-annual shipment statistics reports, calculated by PricewaterhouseCoopers 2002 consumer profile .

LOS ANGELES (AP) — The recording industry is suing the company behind the Morpheus music file-sharing service, alleging it illegally copied thousands of copyright songs as part of a venture to broadcast music over the Internet.

The record companies filed their complaint against Bellevue, Wash.-based StreamCast Networks Inc. in federal court in Nashville, Tenn. The industry seeks $150,000 in damages for every copyright work illegally copied in addition to punitive damages.

The move comes less than two months after a federal judge in Los Angeles presiding over a separate lawsuit ruled StreamCast and Grokster Inc., another file-sharing service, were not liable for the sharing of copyright works by users of their services.

The industry blames piracy, both the sharing of song files and illegal reproduction of music through CD burning for a three-year slide in sales, and has taken legal action against companies and individuals it suspects of music piracy.

Charles S. Baker, an attorney for StreamCast in Austin, Texas, said Tuesday the company did nothing wrong and characterized the suit filed last week as an attempt to harass StreamCast following the industry's loss in the file-sharing lawsuit.

"They lose in Los Angeles and they file a new lawsuit in Nashville," Baker said. "We believe we were compliant with the law."

A message left with StreamCast officials was not immediately returned.

The Recording Industry Association of America, which often speaks on behalf of the industry, released a brief statement on the lawsuit: "This is another step in our ongoing litigation against StreamCast, a company that we believe is responsible for widespread copyright infringement."

A spokesman for the trade group who could discuss the case was not immediately available.

StreamCast's original plan was to stream music over the Internet. To do so, StreamCast and its predecessors, MusicCity.com and Infinite Music Inc., copied thousands of songs from CDs and converted them into digital form without obtaining a license from the music labels, according to the suit.

StreamCast then created huge databases of digitized songs, copied it onto several computers and played the songs for the public without permission, the suit states.

Baker said StreamCast obtained some licenses, including one from the American Society of Composers, Authors and Publishers, but the recording companies would not give their permission.

Still, Baker said, the copyright laws on Internet broadcasting were not well defined at the time.

"It wasn't very clear what the various parties' rights and responsibilities were," he said. "(The recording companies) are taking a position that we should have gotten a license before we converted the CDs into digital. I'd like you to find a company that did that at that time."

Ultimately, the Internet music radio venture never got off the ground, Baker said.

StreamCast, which is no longer doing business in Nashville, had not yet responded officially to the suit Tuesday. Baker said the company would seek to have the suit brought as a related case to the file-sharing lawsuit before the federal court in Los Angeles. That case is in appeal.

The Recording Industry Association of America

No one was injured by the gunfire, which erupted about 2:30 a.m., said Officer Jack Richter, a police spokesman.

Police didn't know of a motive or suspect, Richter said, but Knight issued a statement offering his own theory for the gunfire at the company formerly known as Death Row Records.

"The crime was probably committed by a jealous boyfriend or a jealous husband," Knight said.

"We've got a lot of artists like Crooked I, Eastwood and Kurupt that are currently working on new albums. And because of the hype and media attention associated with these two projects, there have been a lot of girls flocking to them at the studio and at the clubs," he said.

Knight, 38, was jailed earlier this year for allegedly violating terms of his parole.

He was sentenced to probation in 1992 after pleading no contest to two counts of assault stemming from an attack on two rappers at a Hollywood recording studio. He was found to have violated that probation when he was involved in a fight at a Las Vegas hotel in 1996, hours before Tupac Shakur was shot to death while riding in Knight's car.

He served nearly five years in prison on assault and other charges before being released in 2001, then was sent to jail last year for allegedly violating the terms of his parole by associating with gang members. He was released in February and ordered to perform 200 hours of community service aimed at persuading children to avoid gangs.

New York Yankees centerfielder Bernie Williams will release his first album The Journey Within on July 15 on GRP Records. Williams, who is a highly accomplished guitarist and composer, penned an impressive 7 out of 11 tracks on his debut, which was produced by Loren Harriet (NBC Celebrity Christmas CD, Big League Rocks). David Benoit, Bela Fleck and Ruben Blades make guest appearances, along with Gilberto Santa Rosa, and top session players Leland Sklar, Kenny Aronoff, David Sancious and Luis Conte among others.

Williams will kick off The Journey Within with a live concert at Chicago's House of Blues on July 13, which will coincide with Major League Baseball's All-Star Week. Williams is currently on the disabled list–baseball not concerts.

Williams, who is a native of Puerto Rico, has composed a blend of highly melodic, contemporary and Latin-flavored jazz selections with an undeniably soulful delivery. Williams also covers Billy Joel's "And So It Goes," the Kansas classic "Dust In The Wind" and two others. A special limited edition pressing of The Journey Within will feature original cover art of Williams as depicted by legendary artist LeRoy Neiman.

"The Bernie Williams signing is not about a future Hall of Fame baseball player. It is about a talented and dedicated musician whose newly recorded album deserves the best in the way of marketing and distribution. We are very proud to have Bernie on the GRP/Verve roster," says Ron Goldstein, president of The Verve Music Group.

Williams, who studied music on scholarship beginning at age 13 at the Escuela Libre de Musica in Puerto Rico, had initially planned on a career in music before segueing to Major League Baseball. He has won four World Series Championships with the New York Yankees; four Gold Gloves; a batting title, and is a five-time All-Star and lifetime 300 hitter.

System of a Down's Malakian Gets Sony Label Deal

Sony Music has entered into an exclusive, worldwide agreement with Daron Malakian, guitarist/writer/producer for the multi-platinum band System of a Down, to market, promote and distribute EatUrMusic, Malakian's new label, under the EatUrMusic/Columbia Records imprint.

"We're very excited about working with Daron in establishing EatUrMusic as a credible artistic force in today's music scene," said Will Botwin, president, Columbia Records Group. "This new imprint promises to become a home for artists who are both passionate in their vision and uncompromising in the integrity of their music."

“I honestly feel that if you’re going to sign an artist,” commented Malakian, “the most important thing is that you’ve really got to be like one of those kids in their audience. Donnie, (Ienner, president, Sony Music U.S.) Will (Botwin) and I agreed that I will only sign and work with those artists that I’m a fan of.”

Malakian’s first signing to EatUrMusic is the punk-metal rock group Amen, fronted by Casey Chaos. Malakian is producing the CD with Chaos, Mike Frasier (AC/DC, Aerosmith, Metallica) is mixing, and the album is due out later this year. Huge in the UK for the past several years, Amen recently sold out their entire UK tour three weeks before they set foot on English soil, despite the fact they hadn’t released a new CD there in nearly two years. In addition, the group was the only unsigned act to play the Main Stage at last year’s Reading Festival.
“I’m proud that Amen is my first signing,” Malakian continued. “Casey is the Iggy Pop of my generation, he’s creating his art and his music on his own terms, and I’m very happy that I have an outlet to support that.”