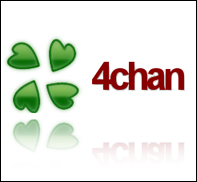 NEW YORK (CelebrityAccess MediaWire) — The notorious Internet trolls from 4chan's /b/ message board are taking aim at Justin Bieber once again, this time with a faux viral social media campaign that appeared to show people themselves in an effort to urge Justin Bieber to not use marijuana.

Dubbed Operation Cut For Beiber, the viral campaign which featured posts on various social media sites, including Reddit, and Twitter where teens and tweens purport to cut themselves quickly started trending. The hashtags #cutforbieber and #cuttingforbieber soon included dozens of photos of alleged teens who had sliced their wrists open in support of the movement, some clearly fake but some that unfortunately appeared quite real.

The ugly prank was sparked by photos of Bieber that appear to show the performer holding a lit joint which were posted on the website TMZ last Friday. Bieber subsequently apologized to his fans over the photos and has also tweeted about the 4chan prank, stating that his legal team was looking into it, though he identified another Internet site 9gag as the source of the prank.

4chan is a popular image board where users post images and comments. The /b/ board is for random posts and the site's most popular sub-community. It is also well known for somewhat malicious Internet pranks such as last October, when they spread rumors that Bieber had cancer and started a campaign urging people to shave their own heads to show support for Bieber. – CelebrityAccess Staff Writers