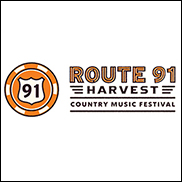 LOS ANGELES (CelebrityAccess) — Hundreds of victims of the Oct. 1 mass shooting at the Route 91 Harvest festival in Las Vegas were part of five lawsuits filed on Monday against the organizers of the music fest and the and operators of the hotel that the killer fired from.

The largest of the suits was filed on behalf of 450 people who were either injured in or witnessed the shooting, while other suits were filed by the families of individuals who were killed, or seriously injured in the attack, Reuters reported.

The victims accused MGM Resorts International and its subsidiary Mandalay Corp, which owns the hotel, of failing to properly monitor alleged gunman Stephen Paddock's behavior after he checked into the hotel, and also claimed that the hotels' staff was improperly trained to respond to the event.

The suit also alleges Live Nation was negligent for failing to provide adequate exits and properly train staff at the event for an emergency, Reuters said.

The suits stem from one of the deadliest mass shootings in U.S. history, when Stephen Paddock, 64, allegedly opened fire from the 32nd floor of the Mandalay Bay hotel, firing indiscriminately at the festival crowd below, killing 58 and leaving hundreds more injured.

Live Nation and MGM did not immediately respond to a request for comment. The companies have previously declined to comment on lawsuits.