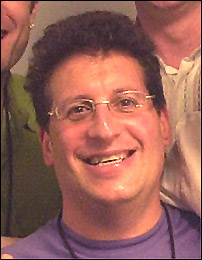 In an industry first, Little Big Man Booking has reinforced its commitment to the
environment and the fight against global warming by making its New York
office Carbon Neutral. Little Big Man is the first music agency to
participate in the environmental program.

With the help of UK-based climate change company Future Forests, Little Big
Man has undergone an assessment to work out how much of the greenhouse gas
carbon dioxide is produced annually by the day-to-day operation of the
office. This 'footprint' took into account every aspect of the business
operations, from the energy used to light and power the office to the cars
that the team members use.

Marty Diamond, president of Little Big Man, says, "Going Carbon Neutral is
very important to us and we want to encourage all the artists that we work
with to follow suit with their CD's and tours." In the UK Carbon Neutral is a
fast-rising trend, with top British acts including Coldplay and Beth Orton
both offsetting their forthcoming CDs due out this month.

Little Big Man has decided to 'neutralize' their emissions by planting 150
trees in the Tensas River Forest in Louisiana, US. The trees will over
their lifetime soak up the 105 tons of carbon dioxide the agency produces
annually, turning it into oxygen and wood.

Dan Morrell, chairman of Future Forests, says, "We are delighted that
Little Big Man has made the decision to go Carbon Neutral and support the
work that Future Forests does. We have to act now to turn the tide of
climate change and with artist and industry support all over the world we
are working towards achieving our aim of making every CD produced Carbon
Neutral as a matter of course."

Carbon Neutral acts and events in 2002 include:

O2 in the Park – Ireland

The production and distribution of a CD creates 105 tons of carbon dioxide
and to make this Carbon Neutral costs less than $0.02 per CD to offset.