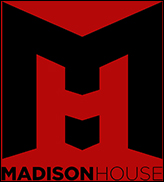 TORONTO (CelebrityAccess) — Booking and management company Madison House announced that they are expanding into Canada with the opening of an office in Toronto. The company says that their new Toronto digs will serve as a hub for the company's booking and touring operations in Canada

The new Canadian office will be led by Perry Gilman. Formerly an agent at The Feldman Agency, Gilman has spent the last several years booking a variety of entertainment, from rock shows to festivals, as well as maintaining an EDM focused artist roster, representing acts such as Keys N Krates, Shaun Frank, GrandTheft and Small Town DJs.

“I've always respected and admired MH, and I'm excited to continue growing as an agent and developing my artist roster as part of the company. I look forward to bringing new opportunities to existing and future clients, and to signing and developing new talent throughout North America," Gilman said in a press statement.

The direction of this expansion is a natural next step for Madison House, whose diverse roster includes booking clients BASSNECTAR, Beats Antique, Black Tiger Sex Machine, Karl Denson’s Tiny Universe, Hieroglyphics, Lotus, Nahko and Medicine for the People, Paper Diamond, Rising Appalachia, The Soul Rebels, The String Cheese Incident, Zion I, and many others.

Over the last several years, Madison House has been involved in the EDM boom, representing a growing roster of artists in the genre and helping to curate Electric Forest festival, which is co-produced by Madison House’s sister company, Madison House Presents. – Staff Writers