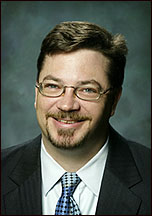 Chowning is now responsible for overseeing Clear Channel Entertainment’s commitment to Baltimore’s West Side redevelopment through the restoration of the former Hippodrome Theatre and two adjacent historic structures. In addition, Chowning will manage and operate the newly restored performing arts center, slated to open in February 2004.

“Clear Channel Entertainment is excited to partner with the Maryland Stadium Authority and Hippodrome Foundation (formerly the Baltimore Center for the Performing Arts (BCPA)) on this extraordinary project that will help revitalize the Westside, inject new life into the Baltimore arts and theatre community, and help focus attention on the ongoing development taking place in Baltimore,” Chowning said. “It is wonderful to participate in a project that will give so much back to the Baltimore community.”

Chowning has extensive experience in theatre management, having served as the General Manager of the Majestic and Empire Theatres in San Antonio, TX and the Saenger Theatre in New Orleans. During his tenure, he was responsible for all operational aspects of these performing arts centers, including financial, marketing, and facility management.

Chowning received his Bachelor of Arts in History from Rhodes College in Memphis, Tennessee and now resides in Towson, Maryland.