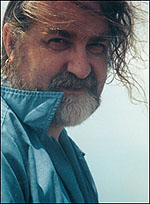 (CelebrityAccess News Service) – Johnny Cunningham, one of Scotland’s great fiddlers, died November 15 at his girlfriend's New York apartment from a heart attack. He was 46.

Cunningham, a founding member of folk band Silly Wizard and an award-winning producer, performed a World Music Institute concert the day before at Manhattan's Thalia Theater with his younger brother and fellow folk musician Phil. He was working in the studio the following day with singer and frequent collaborator Susan McKeown, when he began feeling ill.

Cunningham was scheduled to tour the UK and Ireland with the bi-annual Celtic Fiddle Festival next month. –Jane Cohen and Bob Grossweiner