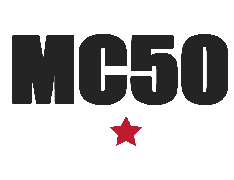 DETROIT, MI (CelebrityAccess) — MC5 guitarist Wayne Kramer announced plans for a tour this summer to celebrate the 50th anniversary of the band’s influential 1968 debut album “Kick Out The Jams.”

The run will see Kramer perform the entirety of “Kick Out the Jams” with the help of a ‘supergroup’ composed of guitarist Kim Thayil (Soundgarden), drummer Brendan Canty (Fugazi), bassist Doug Pinnick (King’s X) and vocalist Marcus Durant (Zen Guerrilla).

MC5 drummer Dennis Thompson, the only other surviving member of the band, will join the tour for several dates.

The band will tour Europe through the summer, with a series of North American dates starting in September and culminating with a performance at the Fillmore in the band’s hometown of Detroit on October 27th.

“I’ve spent the last 50 years of my life playing the music of the MC5. When I started, I didn’t even have a driver’s license. But what I did have was an electric guitar and friends who saw the world the same way I did. We would meet in the basement of my house in Detroit to play. We created this music together,” Kramer wrote, announcing the tour.

“The MC5’s music is among the most memorable work I’ve ever done and I’ve done a lot. Playing the album “Kick Out The James” live from top to bottom in 2018 – is as exciting a project as I could have ever imagined. And the fact that this album has meant so much to so many over these decades and continents matters a great deal to me,” Kramer added.