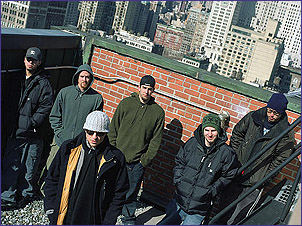 Metal bands Metallica and Linkin Park are to headline this summer's Leeds and Reading Festivals.

The duel festivals – which take place over the August bank holiday weekend – will also see the return of Blur as a three-piece following the departure of guitarist Graham Coxon.

The Leeds event has been marred by violence for the past two years with revellers going on the rampage at the Temple Newsam site.

Despite concerns over its future organisers believe there has been no public objection and that the event will be allowed to go ahead again.

Other headline acts playing at both festivals will be Blink 182, The White Stripes and System of a Down.

The festivals pride themselves on attracting bands that rarely play in the UK.

Organisers see the booking of Metallica as their biggest coup as the band have not played in the UK since 1999.

The group also have a new member with bass player Rob Truillo joining the heavy metal favourites as they play tracks from their forthcoming album St Anger.

Blur will be showing off material from their album Think Tank on their only festival appearance of the year.

Sum 41, Beck, Placebo and The Streets are just some of the diverse names booked to play at both sites.

Former Hole singer Courtney Love will also be making a return to the UK, her first since an alleged air rage incident that saw her arrested at Heathrow Airport in February.

The two festivals are run in tandem with acts playing different days at each site.

The Reading site is at Little Johns Farm, while the Leeds event is held at Temple Newsam. Both festivals will run from 22 to 24 August.