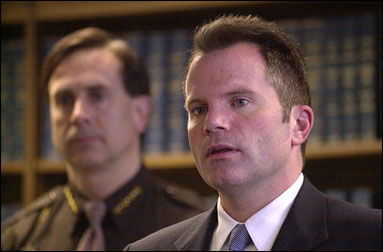 (CelebrityAccess MediaWire) — More than 180,000 music CDs, valued at $2.5 million, are being distributed to Michigan's public schools, libraries, domestic violence shelters and a local early childhood development charity, Partnership for Learning. The CDs were awarded to Michigan as part of a national antitrust settlement involving several music distributors and retailers. Michigan was one of 45 states that were awarded CDs to distribute to state residents via governmental and charitable organizations.

"I am glad that my office can bring the gift of music directly to so many consumers across this state," Attorney General Mike Cox said. "All segments of Michigan's population, from infants to the elderly, will benefit from this distribution."

Highly sensitive to distributing particular CD's of music genres and specific title selections that might be inappropriate for younger audiences, Cox’s staff worked directly with Michigan's recipients by having them pick the music genres they would receive. In addition, Cox offered the public schools and libraries an opportunity to review and approve the actual music titles they would receive prior to the CDs being shipped out.

Last year, Cox and 45 other state Attorneys General settled a national antitrust lawsuit brought against several music distributors and retailers for conspiring to fix CD prices. The $143 million settlement included refunds for consumers as well as actual CDs for states to give to those affected by the alleged price fixing. Cox requested that Michigan's portion of the settlement be distributed to non-profit groups, public schools, libraries, and the US military. The US military received their 11,000 music CDs earlier this summer. — Jane Cohen and Bob Grossweiner