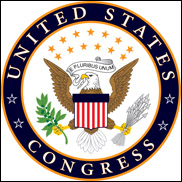 WASHINGTON D.C. (CelebrityAccess MediaWire) — Among the witnesses set to testify at Tuesday's U.S. Senate Judiciary Committee hearing on the Live Nation/Ticketmaster merger will be JAM Production's Jerry Mickelson. The committee hearing is the first regulatory hurdle that Ticketmaster and Live Nation will need to clear before the merger can move forward. The US Department of Justice is also conducing a review of the proposed deal.

Mickelson's Jam Productions is one of the few remaining independant regional concert promoters and as a client of Ticketmaster, Jam would find itself buying ticketing services from their main competitor in the event the merger is completed.

The hearings, dubbed "The Ticketmaster/Live Nation Merger: What Does it Mean for Consumers and the Future of the Concert Business" will be conducted before the Senate Judiciary CommitteeSubcommittee on Antitrust, Competition Policy and Consumer Rights and are expected to be contentious.

The hearings will include testimony from industry heavyweights, including the aforementioned Mr. Mickelson, Irving Azoff and Michael Rapino as well as David Balto, a senior fellow at the left-leaning think tank, Center for American Progress. – CelebrityAccess Staff Writers