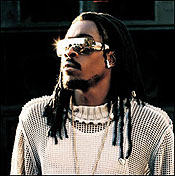 NEW YORK (CelebrityAccess MediaWire) — According to 365Gay.com, and the Pittsburgh Post-Gazette, Beenie Man is facing a shrinking number of shows on his US tour. RJR Reynolds has axed Beenie Man from all of its Salem Stir Your Senses Tour.

Earlier this week the company announced it was dropping Beenie Man from the tour's show in Pittsburgh following outrage from the city's LGBT community.

Thursday, the tour said it was canceling appearances by the Jamaican singer in 14 other cities.

"R.J. Reynolds Tobacco does not tolerate this or any form of discrimination based on sexual orientation," the company said in a statement.

A Beenie Man show in Indianapolis has also been axed, and a return visit to Philadelphia has also bee dropped.

Friday, the British rights group Outrage, which has been on a worldwide campaign to draw attention to the singer's homophobic lyrics, announced that shows have been cancelled in Chicago, Cleveland, and Indianapolis.

"The campaign against murder music is escalating across the US and Europe," said Peter Tatchell of Outrage. "We're teaching these singers that inciting homophobic violence does not pay. It is costing them dear in terms of lost revenue and income."

"This is just the beginning," Tatchell said. "We are now building a worldwide network of organizations committed to driving homophobic violence out of dancehall lyrics. These singer's careers are in serious jeopardy. Their ability to perform internationally is already experiencing major restriction."