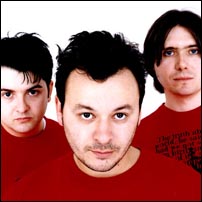 The Manic Street Preachers and The Charlatans have been added to the bill of Manchester's Move festival this summer. The bands join REM as headliners of the four day festival, which is being held at the Lancashire Cricket Ground in July.

A host of support acts have also been announced.

The line-up for the festival's first day, 10 July, has yet to be confirmed.

The festival is in its second year. Last year's event included New Order and Echo and the Bunnymen singer Ian McCulloch.

In other festival news, band Idlewild have been confirmed for Scotland's T in the Park festival in July.

Other bands confirmed in the last day includes The Flaming Lips, Turin Brakes, The Darkness, Snow Patrol, The Roots, Hell is for Heroes and The Basement.

The festival will be held on 12 and 13 July, at Balado, near Kinross. It will be headlined by REM and Coldplay.

This week the V festival, held in Staffordshire and Essex in August, confirmed Feeder, Morcheeba and the Roots had also been added to the line-up.

The festival, which alternates its line-up between the two sites, takes place on 16 and 17 August. This year it is being headlined by Coldplay and Red Hot Chili Peppers.

The festival dates by REM mark their first shows since 1999. The band, one of the biggest in the world, are expected to release a new album later this year.

Last year their guitarist Peter Buck was cleared of air rage charges stemming from an incident on a visit to London in 2001.