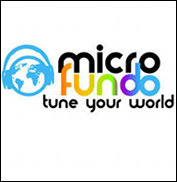 In the mid 2000s Jonathan Moses was playing in a touring band, but in 2009 he finished college with a BS in Finance and has been working on Wall Street ever since. With a life now consumed with financial modeling and pitch books, Moses wanted to give back to the community that developed his passion for music.

That's when he came across a young start-up called Microfundo – which does crowdfunding for music. "Tons of Wall Street professionals – whether former musicians or fans – share a passion for music," explained Moses in a press release.

"But given our corporate lives, the local music scene seems far too distant. With Microfundo, not only are we introduced to emerging artists from around the world, but we're presented with the opportunity to directly impact their path to success."

The company has taken crowdfunding and the private sale boutique template and extended it to music, with the goal of turning the hit-driven music industry system on its head and engaging fans to fund artists directly.

Brad Powell, Microfundo's founder and Chief Inspiration Officer, has a unique perspective on where music is going: "Believe it or not, the future of music, especially when you're talking about the heart of a local music scene, is going to look less like Live Nation and more like Rue La La."

He's talking about the online one-day sale boutique that regularly creates excitement and stampedes for the fashion conscious.
Microfundo's method is to work with an artist who has an upcoming performance and host an exclusive release of their music – available for one day only at the bargain price of $1 – as a way to promote the upcoming show at a local venue. The resulting stampede gives the artist better earnings from a sold-out show, while proceeds from the exclusive one-day music sale go to a local youth music and dance education program.

Local fans can rally to support and promote a favorite artist (and many pay more than the $1 price). Fans get a deal on an exclusive release and are actively involved in creating their own thriving music scene. The artist gets to play to a large audience. The local venue is able to put on a show with less risk. And a local youth music and dance program gets a boost in visibility and funding.

In March and April, with help from Moses and his Wall Street peers, Microfundo is launching a public micro-investment offering. Anyone can invest in Microfundo, in micro-amounts of $10, $20 or more and receive a revenue share as a return.

"Our goal is to use this micro-financing to build a conduit between artists and fans so that anyone can engage in bringing artists to perform from anywhere in the world," says Powell. "Who would've thought that we could bring the wisdom of crowds to Wall Street? We've built a social enterprising that's turning out to be a game changer in the music industry," according to the press release.

Here is a sampling of New York-based artists that have current Microfundo projects: