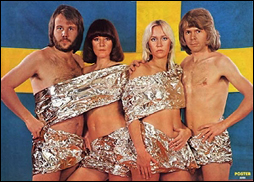 STOKHOLM, Sweden (VIP NEWS) — Recorded music sales in Sweden posted a big turnaround in 2009. According to IFPI Sweden, music sales were up 10.2% — the first increase since 2000.


First, the four men connected to The Pirate Bay were found guilty of contributory copyright infringement.


Second, a tough anti-piracy law, IPRED, was implemented. In addition, the success of Spotify looks to have brought a positive impact on download sales. Streaming services such as Spotify accounted for 46% of download sales, up from 17% in 2008. While a number of factors could be behind the rise in music sales, it seems more than a coincidence that sales increased in the same year that both penalties and a better legal alternative were given to Swedish music fans.


Note the study carried out for Swedish TV operator Viasat in 2009. Almost half of respondents said they would be encouraged to stop. –According to Billboard.biz