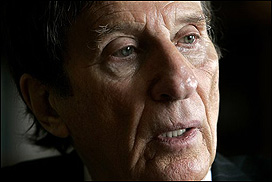 DETROIT (CelebrityAccess MediaWire) — Detroit may be in line for a new arena to play host to its NHL franchise, the Detroit Red Wings – at least if you believe the rumors.

According to the Detroit News, Olympia Development, a company owned by the Ilitch family who also own the Red Wings, secured funding from the state to demolish a vacant structure in an area that has long been eyed as the likely site for a new arena.

The billionaire family has been mum on if there actually is a deal in the works, stating on Wednesday that "Our organization is continuing to evaluate all options — from a remodel of Joe Louis Arena to the building of a new arena at a new location."

The property also lies just a few blocks away from the Ilitich's headquarters and in the midst of numerous other properties the family owns in the area, several of which, including the Detroit Life Building and the Grand Army of the Republic building that are being eyed for remodeling.