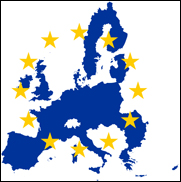 BRUSSELS, Belgium (VIP NEWS) — The European Union has outlined plans for a new intellectual property framework to be implemented across its 27 member states, including legislation to tackle digital piracy and simplify pan-European digital licensing.

"There will be no investment in innovation if rights are not protected. On the other hand, consumers and users need to have access to cultural content, for example online music, for new business models and cultural diversity to both thrive," Barnier went on to say, adding that the new proposals aimed to "to get the balance between these two objectives right for IPR [intellectual property rights] across the board – to make Europe's framework for intellectual property an enabler for companies and citizens and fit for the online world and the global competition for ideas."

Included among the proposals outlined in the European Commission's "A Single Market for Intellectual Property Rights" document is plans to streamline copyright licensing and revenue distribution throughout Europe, including the introduction of common rules for collection societies. To facilitate this, the European Commission will submit a proposal to "create a legal framework for the efficient multi-territorial collective management of copyright, in particular in the music sector," later this year.

Also tabled within the report, is a legislative proposal that will enable the digitzsation and online availability of "orphan works," where the copyright holders are not known. A similar plan was included within Professor Ian Hargreaves "Digital Opportunity: A Review of Intellectual Property and Growth" report for the U.K. music biz, which was published last week.

Increased measures to tackle counterfeiting and piracy were also included within the EU report, including proposals to revise the "IPR Enforcement Directive" to "meet the specific challenges of the digital environment."

The creation of a unitary patent protection system enabling inventors to register only one patent covering most EU countries was also put forward.

IMPALA, the Brussels-based Independent Music Companies Association, has voiced its support of the EU's proposals calling the new policy "a good start to making Europe a better place for music."

"IMPALA welcomes the move by the EC to prioritise the protection and promotion of copyright and other intellectual property rights… Artists should not be expected to work for free or on discriminatory terms and a strong lead is essential," said an IMPALA spokesperson in a statement.

"On multi-territorial licensing, our priority would be to ensure that any new licensing solution remains accessible to all rights owners and all users regardless of their size, the territory in which they are based or the language they speak," the IMPALA spokesperson went on to say.

"We also welcome the confirmation that there will be new standards of governance and transparency for collecting societies to level the playing field amongst right holders."