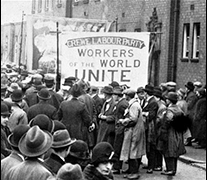 (Hypebot) – By musician and artist advocate David Lowery of The Trichordist

You may not realize this yet but the new 100% DOJ licensing rule, attempts to put an enormous financial and compliance burden on BMI/ASCAP songwriters. Read the rule folks. Within the next year we are required to indemnify our PROs and the services that use our songs, that our co-writers won’t sue if they start licensing 100% of a co-written song. IF YOU HAVE CO-WRITER AGREEMENTS THAT SAY EACH WRITER ADMINISTERS THEIR OWN SHARES YOU WILL HAVE TO RENEGOTIATE THOSE AGREEMENTS.

I have a remarkably small number of songs in my catalogue of 400+ songs that will require this fix. But I estimate it will be a minimum $1,000 in legal fees for each of those agreements. If you are a professional songwriter in Nashville, instead of a performer/songwriter like me it is likely that you have a lot of co-writer agreements to modify. You could be facing tens of thousands of dollars in legal fees to renegotiate those co-writer agreements.

Fuck these people. I’m sick of it. Aren’t you?

We tried to reason with these fucks and explain just how disruptive this 100% licensing bullshit was gonna be.

THE FUCKING US COPYRIGHT OFFICE TOLD THEM IT WOULD BE CHAOS.

Yet they didn’t’ listen.

The DOJ Antitrust Litigation Division Section III appears to be completely in the pocket of Google so they just went ahead and did it anyway. Because it fucking helps Google, no one else. It is the only logical explanation.

Fortunately I think the DOJ overreach on this one may have given us the monkey wrench we needed.

See songwriters can’t really strike. We aren’t considered laborers so we can’t form unions. The closest thing we have to unions are our non-profit “performing rights societies” or PROs. The largest and most well known of these are ASCAP and BMI. And these have been under “temporary” justice department consent decrees for 75 years, basically because there was essentially previous threat of something like a strike.

Because we are not unions and we produce a good, if we collectively decided to withhold our goods I suppose the US Government (and Google controlled) DOJ Antitrust Division Litigation Section III could come after us for collusion or some other trumped up charge. And given their thuggish, corrupt and unconstitutional behavior since ex-Google lawyer Renata Hesse arrived to oversee this division you can bet they WOULD come after us.

However I think the DOJ over reached on this one. Here’s how we get away with it.

We don’t do anything.

Look at the clause below.

“To facilitate this adjustment and ease the transition to a common understanding, the Division will not take any enforcement action based on any purported fractional licensing by ASCAP and BMI for one year, as long as ASCAP and BMI proceed in good faith to ensure compliance with the requirements of the consent decrees. During this year, to the extent doubt exists about the PROs’ ability to license specific works, the Division expects that ASCAP and BMI will take the steps necessary to eliminate such uncertainty, including obtaining from songwriter and publisher members the assurances they need and, to the extent necessary, removing works from their licenses if they cannot be offered on a full-work basis. In order to facilitate this transition, the Division strongly urges industry stakeholders to explore means of further promoting transparency, including transparency regarding the identity of rightsholders from which music users may license any works they cannot obtain from ASCAP and BMI.”

You see even though this is a Kafkaesque nightmare, the DOJ still seems to realize they can’t go back in time and make illegal private contracts between songwriters. Something to do with the constitution…. But they can require PROs to ask songwriters to give them “assurances” that there are no longer co-writer agreements that prevent 100% licensing. But the DOJ can’t make us give those assurances.

What if we didn’t? What if we did nothing? Give no assurances and provided no information on co-writes and whether co-administration agreements exist that prevent full work licensing. Remember we are not legally required to respond. And if the DOJ tries to force us to respond…well that is exactly how autocracies get started.

See here is the thing. We call their bluffs. This isn’t like we are dealing with the Counter Terrorism part of the DOJ, these are a bunch of pussy assed Harvard/Yale/Berkeley political appointees that would cross the street or lock their car door if they saw a musician walking down the sidewalk towards them.

Is the DOJ Antitrust Litigations Section III, really just gonna let all millions of songs in the BMI and ASCAP catalogues disappear from radio, tv, syndicated television shows, bars, jukeboxes, streaming services, and webcasting services? Especially considering many of these services are locked into four, six even eight year contracts with BMI and ASCAP. They just went their cushy revolving door job at Sirius XM, YouTube or Cox Media!

We should just sit back eat some popcorn and enjoy the show. Let’s make Renata Hess and the DOJ explain to music users what the fuck just happened.

DO NOTHING. MAKE THEM FIX IT.