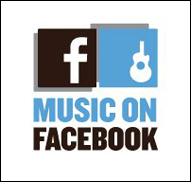 If this had happened even one year ago, it would be considered a big deal.
But at this point, with iMeem streaming music, with music available free,
with major labels having less power than ever before, it merits little more
than a shrug.

Now Mark Zuckerberg may have been revealed to be a barely pubescent
money-hungry twerp who doesn't really care about his users, but you've got
to hand it to him, Facebook's software is light years ahead of MySpace's.
MySpace is barely tolerable. It loads slowly and you're assaulted with a
bizarre combination of content added by site owners, users and the service
itself, which heretofore has only cared about advertising. MySpace may not
be a Detroit auto company, but Facebook is definitely Japanese, and Apple is
a combo of BMW and Toyota, the best running and best built. And home
penetration of Macs is now at 21%
Apple Blog . Turns out the public does care about usability and functionality, and so far Apple has been the only company to
deliver this in the music sphere. Every Mac comes with iTunes. In order to
beat Apple a competitor has to deliver better software. MySpace is not that
competitor. Hell, Apple beat SONY!

Furthermore, social networking sites are trendy. MySpace has peaked. Who
knows where surfers will go next. All that's clear is that the major labels
will show up long after the peak, with lawsuits, after an extended period of
nail biting. I mean give the labels credit for getting a share of MySpace's
streaming revenues, but is that really the future, low-quality streaming on
the Web? When even the straight business press is talking about the iPhone
becoming the new laptop? When the 3G iPhone is right around the corner?
How about a deal with AT&T to stream tunes on 3G iPhones, then I'd care.
But getting in bed with Rupert Murdoch as a solution to dealing with Steve
Jobs is like making a deal with Irving Azoff because you can't get what you
want out of Cliff Burnstein. The devious Rupert and Irving always end up
winning for themselves. Can't the labels see this?

With Live Nation inking the old superstars and it almost impossible to break
new acts in any profitable fashion, where does this leave the major labels?
Clive can work contest winners and Jimmy can put high concept acts in Vegas,
but the vast middle…they're completely flummoxed. They don't know how to
aggregate the journeymen, spread the word online, build slowly and try to
make a pile of money at the end. The oldsters are just looking for a rocket
ship, to take them to outer space, to deliver diamond sales. Shit, the
original rocket ship even gave up on music. MTV moved on to reality
programming. Can't the major labels look into the future and find a
reasonable place to live?

But no, they want land grab 360 deals. Give me more not because I do more,
but because I'm making less. And I'm gonna give you a smaller advance. And
I can't get you on the radio…

That's the story here. How the major labels are ill-prepared for the
future. Life is going to go on, people are going to make music, but are the
majors going to be cut out of the profitmaking?

The major labels made music free, they refused to license Napster.

The major labels are keeping music prices artificially high. They want a
buck a cut when people have iPods with thousands of free tracks. Are they
living in an alternative universe?

Even if they sell DRM-less tracks at MySpace, what's the appeal? They're
not going to be significantly cheaper than the songs on iTunes, the process,
if not hellacious, will be buggy, and then you've got to import the tracks
into your iTunes library for syncing, assuming you can figure out how to do
this.

Want to beat Apple? Come up with something Cupertino hasn't delivered in a
seamless first edition. Come up with insanely great instead of late to the
party second-rate. Think of the customer. Think of the act! What act
wants their music streamed at a low quality bit rate to the consumer? This
MySpace deal isn't a solution, it's a sideshow.