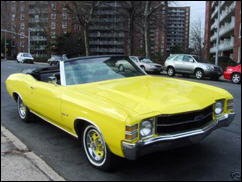 Forty years ago, if you worked hard and saved your pennies, you too could live the life of the rich and famous, if only for a night, or a weekend. Now the gulf between the worlds of the rich and the poor, between the haves and the have-nots, is so vast as to seem uncrossable, and the public is pissed. Not only right wing Tea Party members, but left wing Democrats. How did we get such a raw deal?

You need to read

It starts with the acts. The acts were our beacon, pointing the way to truth, justice and the American way. Yes, if you were really good and worked really hard you could get rich, but nowhere near as rich as today's Wall Street fat cats, even adjusting the dollars for inflation. Hell, you criticize the underprivileged for dreaming of playing in the NBA? What are the odds you're going to work hard, get into Harvard and be accepted in the white corporate world? Not high. You're better off shooting for the NBA, which might only pay for a decade or two, but it's better than dealing drugs.

And let's not equate athletes with artists. Athletes show their skill physically, artists radiate something intellectual, from the inside.

And suddenly, there are no artists.

Not in the mainstream.

It started thirty years ago, with the advent of MTV. First and foremost, you had to look good. And then you had to play the music MTV aired, because radio took its cues from the TV monolith. Suddenly, what was acceptable musically got really narrow. The opposite of the FM days a decade before. You used to listen to the deejay as he took you on an aural trip around the world, from folkie to metal monsters. The criterion was that something be good, not what genre it was made in. We had a very big tent.

The tent got smaller and smaller.

And those inhabiting it no longer played the game of Mo Ostin, but the construct of Tommy Mottola. Let's homogenize it to the point where every media outlet will promote our wares for free. Let's sell tonnage!

Sure, a lot of people liked it for a while. But they liked buying houses and watching them go up in value too. In other words, both paradigms were built on nothing but air, there were no underpinnings. Who wants the music that Clive Davis promoted in the nineties? Who wants any music from the nineties?

Those acts that remained, ironically aged classic rockers, could no longer get airplay in this new world. So, they toured playing oldies to great demand, raising prices all the while. Employing shenanigans like scalping their own tickets in order to book even more revenue. Hell, if the Wall Streeters could do it, why shouldn't they?

And speaking of Wall Street, Robert Sillerman rolled up the independent concert promoters into what is now known as Live Nation, which just merged with Ticketmaster, and suddenly you've got a giant enterprise that needs to put on shows to make the whole thing work and is thus willing to overpay for talent, resulting in ever higher concert ticket prices. Indie promoters can walk away from a bad deal. Behemoths need to book revenue. Just ask Detroit, which produced cars whether people wanted them or not, it was easier to keep the factories humming then reconstruct, i.e. deconstruct. After all, it was all about market share.

But what does a fan care about market share? Hell, a fan doesn't care who puts on the show, as long as the talent appears and delivers.

But with prices so high, you rarely went. And couldn't understand how people wanted to see the evanescent pop stars at all. Why was the media trumpeting these stiffs, especially after MTV stopped airing videos, after radio crumbled, after the Internet destroyed the monoculture and the world split into niches?

Media doesn't want to acknowledge niches, because then it has to reevaluate its own place in the landscape. But that's the land we live in today, a zillion acts with their own audience. As for having contempt for another niche, for someone else's music, does a fan of A&E put down people who watch Discovery, or Bravo? Railing against another's taste makes no sense in this market, where everybody gets to listen to what they want, assuming they can find it.

But people can't find it, can't find the new music they want to hear. Top Forty is too sold out, and the hipster acts too far from center. Really, listen to the Dirty Projectors and tell me the mainstream cares. Please note, I'm not evaluating the quality of the Dirty Projectors, if you love them, great. All I'm saying is one listen will tell you that they're niche, most people won't like them. Yet, the Dirty Projectors have gotten the most media coverage of any new act, and the public that's paying attention is throwing up its hands and saying huh?

The music industry is in deep shit. Not because of the Ticketmaster/Live Nation merger, but because of the gulf between the industry and the public, which is sick of overpaying for everything, meanwhile, not wanting much. To trumpet the success of Top Forty acts is like hyping the sales of Harley-Davidson. Sure, there's a market for these overpriced American bikes, but most people want a much cheaper foreign job.

Enough with the analogies. The point is, music has squandered all its advantages. It no longer evidences truth, more quickly than any artistic medium. Radio is unlistenable. And the public has been ripped off for decades. You can tell people they shouldn't steal, that music is a great value, but you're just wasting your time, because the public is pissed!

I really don't see how the usual suspects worm their way out of this one. Because to succeed in the future, you've got to develop, earn trust, give plenty and leave something on the table. And that's anathema in the modern music world. Rather than argue about scalpers, make everybody show ID to get in. But most acts don't want this, because really, they want that extra ticket revenue themselves, ergo platinum packages and American Express pre-sales.

The public wants good and affordable.

It hasn't been that way for eons in the music business. It's like we're selling $60,000 Malibus. And you wonder why Hyundai has made inroads, it's cheap and it's good!

Music can come back. But the artists need to be about songs, not endorsements. You've got to want to play music first, and get rich…way down the line. And your handlers have to have this same philosophy. And you've got to stand for something. May sound easy, but looking at the landscape, it appears to be damn difficult.