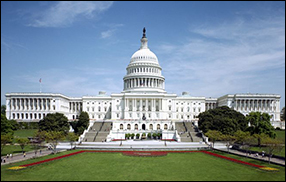 (Hypebot) – Pandora, SoundExchange and the RIAA are joining together to support the CLASSICS Act, a bill in the U.S. Congress that would benefit artists and music creators who recorded music before 1972 by establishing royalty payments whenever their music is played on digital radio services.

U.S. Representatives Darrell Issa (R-Cali.) and Jerrold Nadler (D-NY) have introduced bipartisan legislation, the CLASSICS Act (Compensating Legacy Artists for their Songs, Service, & Important Contributions to Society Act), to benefit those who recorded music before 1972 by establishing royalty payments when their music is played on digital radio services. Currently only sound recordings made after 1972 receive payments from digital radio services under federal law.

Pandora, SoundExchange and the RIAA have joined together to support the legislation.

“For decades, the artists that gave the world Motown, Jazz, and Rock n’ Roll have been hampered by antiquated and arbitrary laws – until now,” said Steve Bené, Pandora General Counsel. “While many heritage artists are compensated through direct licensing deals, including by Pandora, it’s the independent musicians that this bill rightly protects. We commend Representatives Issa and Nadler for bringing pre-1972 recordings into the modern era, and ensuring that our most cherished artists are finally on equal footing with their modern peers and paid for their record streams.”

“America’s music creators are shortchanged on many fronts by our copyright policy. This legislation addresses one of those fronts, creating fair treatment for artists and creators of sound recordings made before 1972. It represents another step forward in our efforts to enact comprehensive copyright reform including the Fair Play Fair Pay Act, introduced by Representatives Nadler and Issa in March,” said Mike Huppe, SoundExchange President and CEO. “Taken together, these efforts attempt to fix broken, antiquated policy and ensure that all creators are compensated fairly whenever their work is used on all radio services. We are grateful to Representatives Issa and Nadler for their ongoing support of America’s music creators across all platforms.” SoundExchange would distribute royalties for pre-‘72 recordings played by Internet, cable and satellite radio services just as it does for post-‘72 recordings.

“This updated, bipartisan legislation helps close, once and for all, the loophole in federal law that has shortchanged legacy artists for decades,” said Cary Sherman, Recording Industry Association of America (RIAA) Chairman & CEO. “If enacted into law as we hope it will be, music’s founding generation of iconic performers and creators will finally share some of the value generated by the music that is the backbone of digital radio. It’s the right thing to do, and that’s why a growing chorus of voices throughout the music community support this effort. We commend Representatives Issa and Nadler for their leadership on this important issue and encourage its swift passage.”