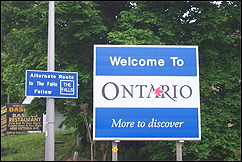 ONTARIO, CANADA (CelebrityAccess MediaWire) — According to the Ontario Daily Bulletin designs for the city's sports are nearing completion, and Ontario officials are considering whether to seek new bids for construction work on the facility.

City Manager Greg Devereaux said structural drawings of the center, which will be located at the site of the former Ontario Motor Speedway, will be ready soon, making it easier to seek additional construction bids.

"At the moment, we're working with the people who would potentially construct the arena to see which (bids) we should keep, and whether we want to rebid some of the ones that have come in high," he said.

Some of the proposals from firms looking to build different parts of the facility pegged the cost at higher than Ontario had anticipated.

Devereaux said that might be because the city requested bids before the drawings of the facility were 100 percent completed.

"We'll probably reject a couple, keep a couple and move forward," he said.

That shouldn't delay the opening of the as-of-yet-unnamed community events center – where officials anticipate Los Angeles Kings and Lakers exhibition games, as well as concerts and other performances, will take place.

City officials are still working under the assumption that the facility will open in late 2008.

Ontario owns the land west of Ontario Mills, where the center would be located, and the city will cover all construction costs. That number was initially projected at $55 million, but increases in concrete and other material costs could push it higher.

Los Angeles-based Anschutz Entertainment Group, which runs the highly successful Staples Center, will operate Ontario's facility, paying the city $1 million annually and splitting revenues above and beyond the operating expenses.

The city's agreement with AEG does not guarantee that acts playing the Staples Center or a smaller venue being built as part of the adjacent L.A. Live project will also perform in Ontario, but local officials think it's likely AEG will work to make that happen.

"They're responsible for operating expenses," Councilman Alan Wapner said. "It's to their advantage to bring as much entertainment to the arena as possible, because then they're going to get what they need to get as well."

When completed, the three-story facility will have 9,000 permanent seats, with the capacity to add more for certain events. On-site parking would be in two five-story garages on the west and south sides of the center, along Mercedes Street.

Though the location could be a possible habitat for the endangered Dehli Sands flower-loving Fly and the burrowing owl, a "species of special concern," the city's report on the project indicated none of those animals have been spotted at the site.