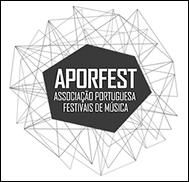 LISBON, Portugal (CelebrityAccess) — A new report by the Aporfest, the Association of Portuguese Festivals, shows that the Portuguese festival scene is growing by leaps and bounds.

According to IQ Magazine, the report, presented by Ticketea marketing director Ismael García at the Talkfest Festival Conference in Lisbon last week, showed that there were 249 music festivals held in the country in 2016, 36 more than in 2015, representing an 18% increase.

The report also suggestd that about one in five Portuguese bought tickets for a music festival in 2016, with at least 30% of the respondants attending two or more events last year, IQ reported.

Concordantly, the Lisbon edition of Rock in Rio, NOS em D’Bandada, Sudoeste and Nos Alive, according to IQ. – Staff Writers