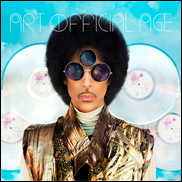 LOS ANGELES (Hypebot) – Just when we thought he'd joined the 21st century, Prince has pulled his profiles off both Twitter and Facebook. Sometime between Monday and Tuesday, Prince's @3rdEyeGirl Twitter account and his Facebook pages suddenly went dark. As has been the case for month's, virtually all of Prince's videos are also absent from YouTube and Vevo. Only "Breakfast Can Wait" was up on Vevo af of Wednesday morning.

So far, there's no news from the Prince camp, as to why he pulled the social plug now. Some online are speculating that self-described luddite only went on social media to promote his last two releases.

Will he go back online when its time for the next release? And how does Prince plan to announce his next "secret" show?

We hear phone trees are effective…