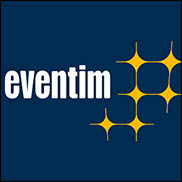 MUNICH, Germany (CelebrityAccess) — After a strong 2015, which saw CTS Eventim post a 20.8% increase in revenue, the company announced a sharp drop in net profits in its live performance segment for the first quarter of 2016.

While CTS continued to show revenue growth in Q1, reporting that overall revenue was up by 7.6% to EUR 163.2 million, the company reported that EBITDA (earnings before income, taxes, depreciation and amortization) for its live entertainment segment was off by 21.2% , sliding to EUR 6.0 million for the quarter when measured against the same period in 2015.

CTS Eventim CEO Klaus-Peter Schulenberg explained the weakness in a note to shareholders and employees, stating that the 2015 results reflected an unusually active touring climate.

“With record earnings in 2015 on account of an unusually large number of major tours as a basis, business development was more moderate in the first quarter of the new financial year, as expected," Schulenberg wrote.

While the live segment featured a bit of gloom, the company's other results were a little more upbeat. Eventim's ticketing segment reported revenue growth of 11.6% for the quarter, with EBITDA improving by 2.4% to EUR 32.8 million. As well, the division reported a strong uptick in sales as well, with the total volume of tickets sold for the quarter increasing by 20.2 percent to 7.8 million.

“The good start to 2016 financial year puts us in optimistic spirits for the challenges of the months ahead,” Schulenberg said. “I would especially like to thank our employees, who will continue to drive CTS Eventim’s growth with their outstanding dedication and commitment in the current financial year.” – Staff Writers