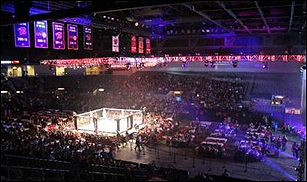 While a study has suggested that Rapid City can support a new arena, an independant consultant is casting doubts about the drawing power of the proposed venue.

According to a study conducted by Los Angeles-based AECOM, the $180 million arena under consideration would seek concerts by top tier touring artists such as Paul McCartney and would be supported by the the local metropolitan area, including Pennington, Meade and Lawrence counties with a population of approximately 145,000.

However, Association for Concert Industry Education President Richard Barnet has taken issue with the study.

"I just would be skeptical of the population. Can you get about 10 percent of the population to a concert?" Barnet told the Rapid City Journal. "That's a big chunk of your population base, and if you're going to do several concerts a year, that is a whole bunch."

Barnet added that the new arena would also need to find a profession sports team as well, in order to be sustainable.

Craig Baltzer, the manager of the city's current Rushmore Plaza Civic Center, noted that the new venue would feature more than concerts and suggested that it could host events such as the Lakota Nation Invitational basketball tournament or the Black Hills Stock Show & Rodeo.

The Civic Center Board of Directors approved a new arena and the City's Legal and Finance Committee has approved issuing up to $180 million in bonds to pay for the project. The matter is currently in front of the City Council for approval. – Staff Writers