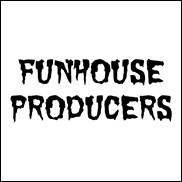 Funhouse Producer Management will be overseen by Craig Jennings, Don Jenkins and Matt Ash, based in the company’s London & Los Angeles offices, with A&R activity being handled via various members of the senior management team including Andy Snape, Stuart Gili-Ross and Ryan Richards. Funhouse will represent producers, engineers & mixing specialists, the company said.

Craig Jennings CEO of Raw Power Management said, “We have always worked closely with the world’s best producers, so launching Funhouse Producer Management was a natural step for us. We feel that we are ideally placed to help navigate the careers of these hugely talented professionals and to help them achieve their goals.” – Staff Writers