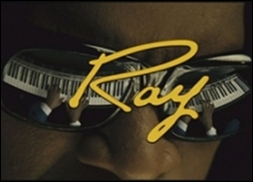 LOS ANGELES (VIP NEWS) — Oscar-nominated "Ray" producer Stuart Benjamin was planning a Broadway production based on the life of Ray Charles but he claims in a new lawsuit that his primary investor committed fraud.

In a lawsuit filed in Los Angeles Superior Court, Benjamin says that Maurice Grant promised him $9 million in several installments to get "Ray Charles Live!" onto Broadway. According to the complaint, Grant failed to invest funds as agreed.

To keep the production afloat, Benjamin says he had to advance hundreds of thousands of his own dollars and incurred substantial debts. Benjamin says he was approached by other investors who expressed interest in his project.

But Benjamin claims that Grant told him to reject other investment opportunities because Grant wanted to exert power and influence as the primary investor/producer.

Grant's first check for $150,000 allegedly didn't clear. Benjamin also says a critical $2 million payment due in February allegedly never was paid. This is said to have continued until the summer, when Benjamin had his representatives send Grant a letter notifying him of his alleged breaches and misrepresentations.

Benjamin is suing for fraud, deceit, and breach of fiduciary duty. He's demanding at least $20 million in damages. Grant couldn't be reached for comment.

According to one review of the show, which played at the Pasadena Playhouse in 2007, "Ray Charles Live!" showed the singer recording one last biographical studio album.

According to Hollywood Reporter