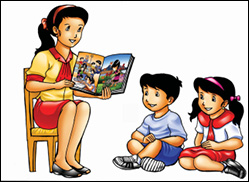 (Hypebot) – In this piece, David Emery remarks on record labels' directional shift towards promoting and selling artists "stories" as their power and influence in the music industry begins to fade.

I was talking recently with someone I know who works at a music media company. I say “media company” both to be purposefully vague but also because I struggle to think of a better term that encompasses the merging worlds of distribution, retail and promotion.

Day in, day out, they get pitched music.

They told me that the latest thing that record labels are talking about is “storytelling”.

This makes a lot of sense, because labels have always been natural storytellers. The original story was that if you wanted to get your music into shops, into the hands of the public, you had to sign a record deal. It was a good story, a true story, and I think we can all agree that the labels did pretty well out of telling that tale.

Fast forward several decades, and the story started to change a little. The details adapted – like a shocking, unbelievable-because-it’s-made-up story you see flash past on Facebook every 3 years – but the underlying message is the same. Rather than “we’re the only ones that can get you in to stores”, as distribution got easier the story became “we’re the only way you can have a hit”.

When you get wined and dined, paraded through fancy offices and “artist lounges” with platinum discs sagging off the walls and have A&Rs flying in to see your show deep in some middle America Trumpland backwater, this story, it turns out, is still pretty convincing.

But its power is fading, and the labels know it.

That’s why they have a new narrative, which is that they, with their years of experience making and breaking artists, are the best storytellers. If you want to make it – and you want to make it, right? – you’ve got to have a good story. And they’re the ones to tell it.

It’s an interesting, necessary, and above all smart pivot. The industry, as I may have mentioned once or twice previously, is going through a radical change with the transition to streaming. This is no mere format shift, but a complete change in the way fans engage with music, and a complete change with how artists release it. The days of focusing on a week 1 sales spike, throwing half your budget into outdoor and TV advertising in the hope that you chart well, are not gone, but are getting less and less important.

What’s becoming important is time. Your campaign now lasts for as long as people might want to listen to the music, which is a damn sight longer then how long they might keep considering to buy it. Not only that, but directly advertising to push people towards a stream doesn’t make any economic sense in the way that pushing a CD or download did.

To keep people interested over time, then, you need to tell a story. A story with multiple beats, multiple moments that get people’s attention, over and over again. You need to elevate above the noise. Often the story once was “here’s an album, it’s good” but now it needs to be a bit more creative then that, and much, much longer.

Your story needs to be a novel, not a press release.

So the labels have it figured out then? They’ve smartly reconfigured themselves to be best placed to navigate the modern music landscape?

Well, yes and no. On the one hand they are doing the right thing, and in no way do I want to come across as label-bashing because that would, quite frankly, be a very short sighted way at looking at the landscape. They’re talking the talk in terms of how you need to reapproach artist development, and it would be a fool that didn’t take them seriously. While they may be bastions of the old guard, that doesn’t mean they’re not smart.

The bit that causes the problem is the inherent presumption – and the story that goes with it – that they are the only ones that can do this.

Let me tell you a story of an artist that shows you the other way that it can work now, and why the labels are having to attempt to repitch themselves as indispensable all over again. This is a true story, but I’m going to keep it anonymous because this is representative of a whole wave of artists building careers right now.

So, this artist records a few tracks themselves in – literally – their bedroom. This, of course, wouldn’t be possible to a high standard even 15 years ago, so this is a new start to the story even though it seems commonplace.

They get the tracks out, but rather then a few years back when they would have put it on SoundCloud, maybe get attention but certainly no cash, they get it out on all digital services. The main one that matters here is, of course, Spotify, but that’s only right now – I think as we see diversification in the streaming space, this story only gets amplified.

The tracks are good. People like them. The tracks find themselves on a few tastemaker playlists, which end up spreading the music to other playlists – including Discover Weekly and Fresh Finds (again, Spotify specific right now, but they work, so will be copied). The tracks build up significant numbers.

Let’s stop here and do some maths.

If you have 4 tracks, to make $10,000 each one only needs to be streamed a bit over 500,000 times. If you get traction with your music on Spotify, or another service, this isn’t a huge number.

You use that to hire a small team around you, mostly consisting of publicity in your home market. Maybe some radio too if you’re not in the US where it’s crazy expensive. You also have a bit more cash to work with to put into the recording of your next EP.

That EP does even better. You’re building a fanbase. You start playing shows, which you can make work based off the earnings you’re getting from the two EPs you’ve got out – don’t forget, the first one is still growing, as your fanbase grows. The shows start selling out, as soon as you put them on sale.

You put out a mixtape of a bunch of stuff you’ve been working on, but isn’t your main album – you’re not quite ready for that yet. This all does well too. Your catalogue now covers over 25 tracks, all constantly earning you money. You put out another EP. You get a playlist on Radio 1. You sell out 1000 cap rooms in London, and similar sized venues in the US. You build up your team.

And you can keep this trajectory going – building out your team, working with people that fill in all of the functions of a label, without signing away your business. They’re saying that they are storytellers, that they can build your career, build your brand, and there’s no doubt they’re very good at that. But when you can afford to pay for that expertise yourself, that narrative just doesn’t seem to ring so true.

And anyway, this new story makes things much, much more interesting.