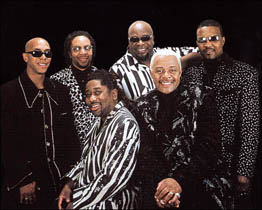 (CelebrityAccess MediaWire) — Red Entertainment is pleased to announce the exclusive signing of the Bar-Kays. Funk icons and musical trend-setters for over four decades the Bark-Kays are the gold standard in Memphis soul. Carlos Keyes, President of Red, says of the signing, “This is a great band, great music with an impressive history. Their performances are incredible. I am honored to represent them. They will work well in my roster with the Gap Band and Cameo.”

Larry Dodson, lead singer and founding Bar-Kays member, says of the signing, “Carlos Keyes, is a go getter and energetic businessman. He makes things happen. We needed to put our trust in an agency that was a good fit. Red is the kind of agency that will give us the personal attention we need.” Bar-Kays bassist, James Alexander agrees, “Red Entertainment has the resources to promote the band both here and overseas.”

With a new CD album (their 23rd) “The Real Thing,” set for release, along side such soul/funk classics as “Freak Show on the Dancefloor,” “Soul Finger,” and “Son of Shaft,” the powerful repertoire and live performances that have made the Bar-Kays concert favorites can be seen on a new DVD Wattstax (called the black Woodstock with Richard Pryor, The Staple Singers and Isaac Hayes et. al). The Bar-Kays world-wide popularity, teamed with the Red Entertainment machine behind them, makes for one unstoppable combination. –by CelebrityAccess Staff Writers