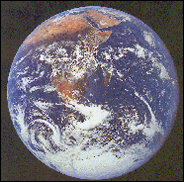 WORLD WIDE WEB (Hypebot) — Last week's start to Hypebot's series, The Rise Of The Musical Middle Class (CA has been covering this in the article titled 'The Musical Middle Class Theory To Rebuttle') pointed to a growing group of artists that may never ride in limos, but who make a living thanks to the marketing and distribution opportunities the internet provides. The series is getting attention across the blogosphere and led to some lively and informed discussion worth joining.

Another trend giving rise to the new Musical Middle Class is the globalization of lifestyles. Traveling, working and living in a variety of countries is easier than ever and causing the viral spread of new music on a global scale. More and more fans and artists think of themselves as global citizens with worldwide perspectives and tastes.

Thanks to the internet, a South African living in Turkey or an American fascinated by Malaysian dance music can keep track of the music that matters to them and with a mouse click listen to and purchase tracks that were released by obscure but empowered artists.

With rare exceptions, music spread virally across the globe will not climb any charts. But it provides another source of income as some artist rise from obscurity to a place in the new Musical Middle Class.

In my own experience at Skyline, it has meant that Russian rock band Auktyon can tour the US and build an audience fueled by Russian immigres who tell their friends or that North Carolina based Toubab Krewe and The Reverand Peyton's Big Damn Band can each build European tours around an invitation to play a festival.

These tours won't fuel anyone's retirement accounts. But each one is happening outside of the major or large indie label system. And both now and in the future, they will provide a small piece of each artist's income as overseas download revenues trickle in and small performance royalty checks arrive.

If you doubt that the Musical Middle Class can be fueled in part by globalization, take a look at your own iPod and you'll probably find more than one overseas indie track.