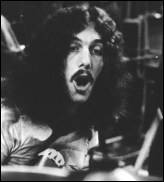 CARTERSVILLE, GA (CelebrityAccess) — Robert Burns Jr., a former drummer for the Southern rock band Lynyrd Skynyrd, died on April 3rd in a single-vehicle vehicle accident in Georgia. He was 64 at the time of his death.

According to the Associated Press, a spokesperson for the Georgia State Patrol said that Mr. Burns' vehicle veered off the road while negotiating a curve shortly after midnight and struck a mailbox and a tree. He was not wearing his seat belt and was pronounced dead at the scene.

Burns was a founding member of Lynyrd Skynyrd and performed with the group while they recorded their first three albums and can be heard on the band's best known hits, including "Free Bird" and "Sweet Home Alabama."

Burns left the band in 1974, claiming that the touring lifestyle was too demanding for him, three years before the 1977 plane crash which would kill bandmates Ronnie Van Zant, Steve Gaines, Cassie Gaines, as well as the band's assistant road manager Dean Kilpatrick, pilot Walter McCreary, and co-pilot William Gray.

In 2006, Burns rejoined the band to perform at their induction into the Rock and Roll Hall of Fame.

"Well, today I'm at a loss for words, but I just remember Bob being a funny guy. He was just so funny, he used to do skits for us and make us laugh all the time, he was hilarious!

"Ironically, since we played Jacksonville yesterday. Dale, my daughter and I, went by the cemetery to see some of the guys in the band and my parents grave sites. On the way back, we went by Bob Burns old house, it was there in the carport where we used to first start to practice with Skynyrd. My heart goes out to his family and God bless him and them in this sad time. He was a great great drummer." – Staff Writers