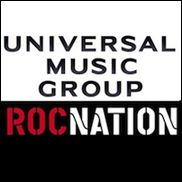 NEW YORK (VIP NEWS) — Universal Music Group and Roc Nation, the entertainment company founded by Jay-Z, announced that they have entered into a multi-year, worldwide partnership under which the Roc Nation music label will operate as a standalone label within the UMG family, effective immediately.


As part of the agreement, forthcoming albums from Jay-Z, Rihanna and others will be released through UMG worldwide.


In making the announcement, Lucian Grainge, Chairman and CEO of UMG, said, “In just five years, Roc Nation has established itself as one of the most successful brands in music with a reputation for developing some of today¹s most influential and popular talent.

Not only does this agreement provide a dynamic platform for Roc Nation’s exciting emerging artists, it extends our relationship with the extraordinary Rihanna and represents a homecoming for Jay-Z — a brilliant artist and entrepreneur, who has been a creative cornerstone of our company. All of us at UMG are thrilled that Jay and Roc Nation chose UMG as their partners, knowing we will support their artists with a level of resources, expertise and passion that is simply unmatched in the industry.”


In the statement, Jay-Z said, “We are looking forward to working with Lucian and the incredible team he’s assembled at Universal. We would like to applaud Lucian for collaborating with us to strike a new age deal. This agreement presents a unique opportunity for Roc Nation’s artists—being able to continue to operate as an independent label with the strength, power and reach of the best major. I look forward to a long and prosperous collaboration with UMG. It feels good to be home.” — According to Billboard