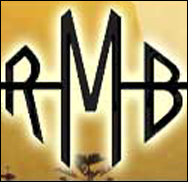 Rocky Mountain Music is a free, all ages, Wednesday evening summer concert series located in Jackson Hole, Wyoming. The outdoor venue will be at the corner of Scott Lane and Broadway Avenue. The future site of the new Rocky Mountain Bank.

The series will very much mirror Thursday Music on Main in Driggs, Idaho, for which Rocky Mountain Bank is also the title sponsor.

This summer's Jackson Hole concerts will run every Wednesday evening between July 9th and August 27th. Most evenings will feature local artists loosening up the crowd for national and international headlining artists. Openers will begin at 6pm and headliners take the stage at approximately 7:30pm.

In the spirit of an event for the whole community, a wide variety of genres will be represented: from straight ahead rock & alt-country to reggae, singer/songwriters, blues and bluegrass. We'll probably throw in a jam band here & there, while this year will also feature the best in Cajun music. It will all happen on a brand new state of the art stage with pro audio and lights.

The series kicks off on July 9th with our own Miller Sisters opening for blues harp extraordinaire Charlie Musselwhite and his band.

On July 16th it will be an all locals affair with the Jet Black Ninja Funkgrass Unit warming up the Chan Man Roots Band's big band reggae show.

Later in the summer, featured headliners will include singer/songwriter Greg Brown as well as James McMurtry & the Heartless Bastards.

The rest of the summer's line-up will be announced in the next few weeks. Keep your ear to the ground!

The START Bus has great schedules to park/ride from the Karns Meadow Lot as well as the Stilson Ranch Lot. There is a bus stop right at the venue! And Friends of Pathways is encouraging a summer of non-motorized transportation around the valley. There will be plenty of bike parking space at the shows.

All food and beverage vendors will be donating 10% of their receipts to the Community Foundation of Jackson Hole. The CFOJH – improving lives through philanthropic leadership.