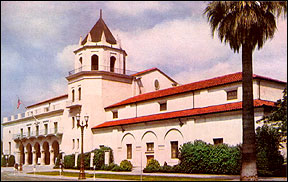 SAN JOSE, CA (CelebrityAccess MediaWire) — Downtown San Jose will finally get the concert venue it has been fighting for, but not the brand new one that had been the subject of years of feuding between the city and Santa Clara County officials. Instead, this “new” venue, will be in a theatre built in 1936.

San Francisco’s Bill Graham Presents will start bringing shows to the existing San Jose Civic Auditorium later this month, and plans to host 30-40 shows per year, eventually increasing that number to approximately 80 in the near future.

While the city and the county officials had squabbled over who would build a new facility for performances, Clear Channel-owned BGP struck a deal with the city-owned 3,060-seat theater which is currently managed by Team San Jose, a private non-profit group. Bill Graham Presents has booked legendary San Francisco venues the Warfield and the Fillmore for decades, and their experience will help revitalize the struggling downtown scene. Businesses and restaurants have been hit extremely hard by the NHL strike, as the business normally generated by the San Jose Sharks hockey games has been missing.

“Our feeling is that this is a wonderful asset to the community that has been under-utilized,” Dan Fenton, chairman of the board of Team San Jose, told the Mercury News. “This could bring at least 900,000 people downtown for live shows.”

“We would like this to be a home for us,” BGP President Lee Smith told the paper. “It’s a huge thing for us. We’re more motivated, and we feel more comfortable bringing in more shows to a place that would be like home.”

The city has been looking into a mid-level music facility for years, and has been the subject of the heated debate between the city and the surrounding county. Santa Clara County is still planning to construct a 7,000-capacity facility south of the city, while San Jose would like to build a 5,000-capacity auditorium in the downtown area.

Fenton assured the paper that those plans pose no threat to the Civic Auditorium.

“We will have at least two years with no competition,” he said. –by CelebrityAccess Staff Writers